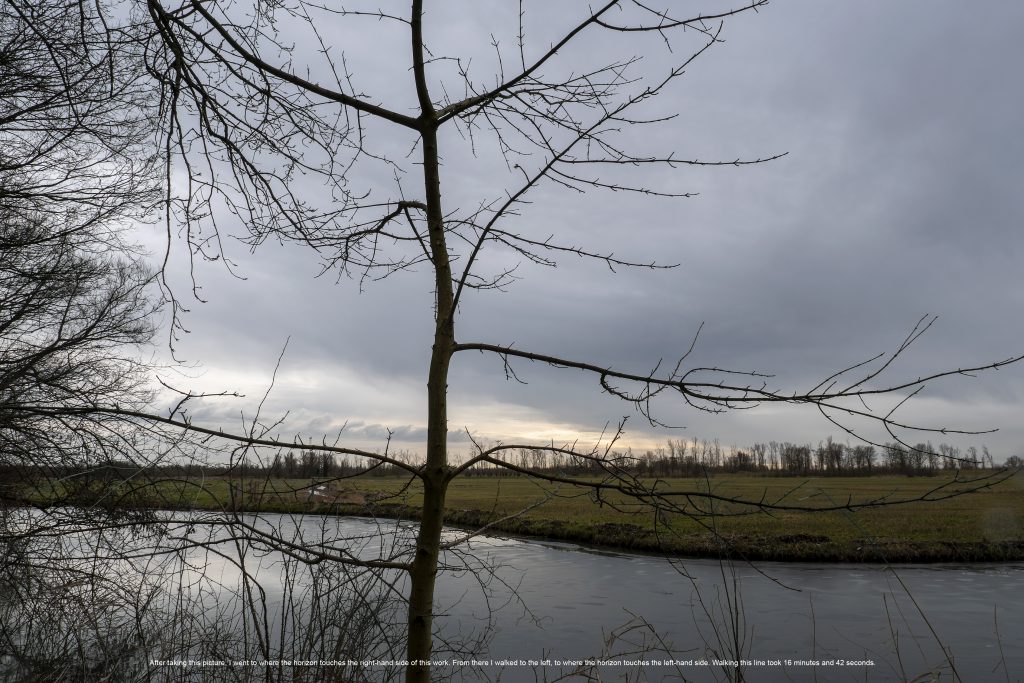 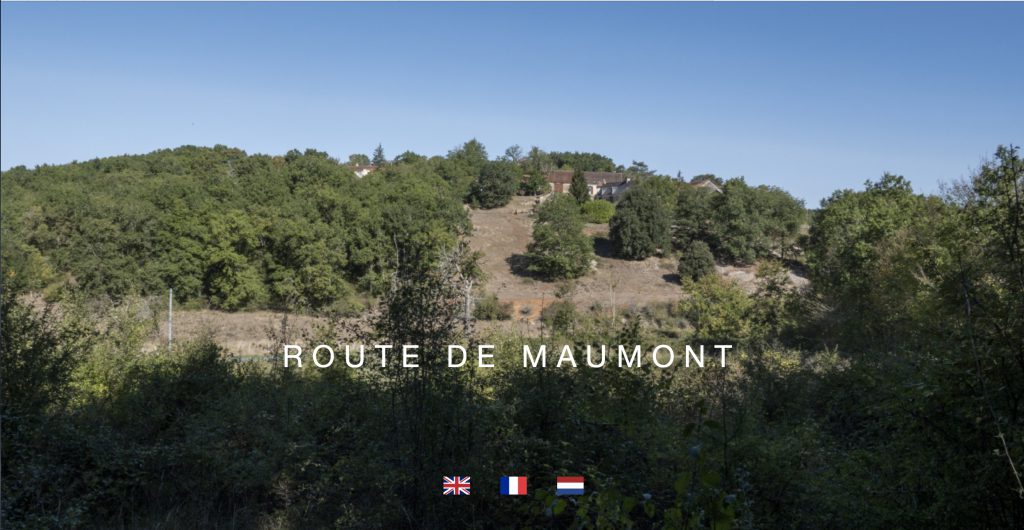 Route de Maumont
For most of us, Maumont proved to be an impossible destination. We had to approach it by means of just our imagination. Knowing the village for so long, I created a walk to show the real Maumont from a distance in seven photo positions. As soon as we can travel again, we could walk this route to emphasize and celebrate the long unattainable heart of our project.

On mobile phone the file Route de Maumont is downloadable for offline use. 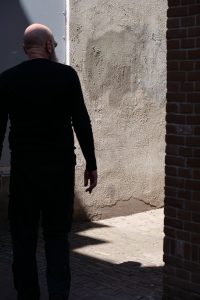 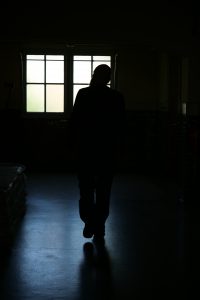 Leave was a performance, ending in a series of photographs.
During a walk, in private and public space, I focussed on leaving places.

I avoided experiencing my movements as arriving at a place.

END_OF_DOCUMENT_TOKEN_TO_BE_REPLACED

I carried it in my hand.

15 minutes
we are standing
motionless
at different locations,
in shared darkness.

On this website and on Facebook I announce small events that will take place at a certain location and at a certain moment in the near future.
Everybody is invited to be at the exact spot at the exact time to contribute to the scene with his/her own simultaneous activity (or inactivity). 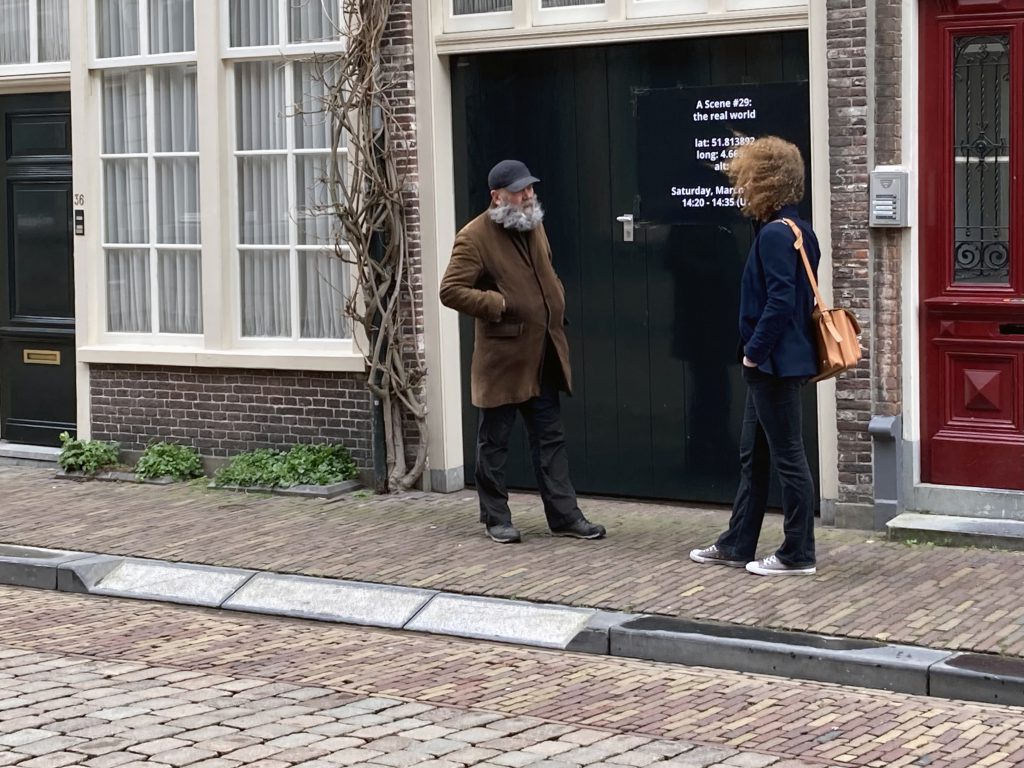 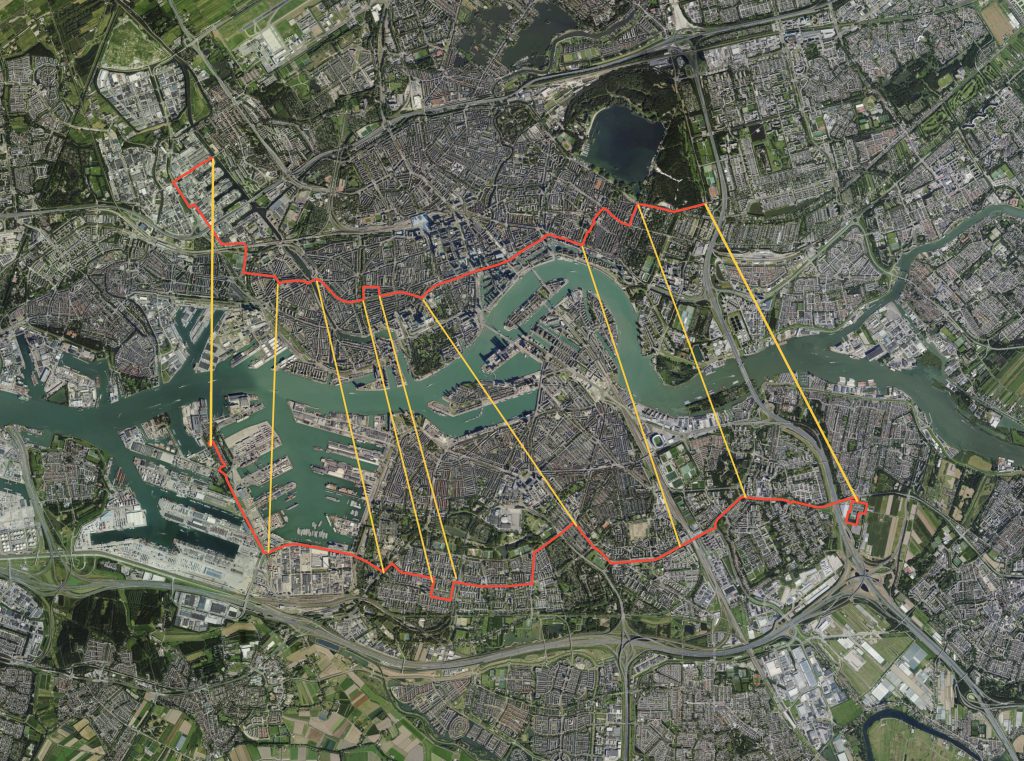 Walk a straight line of 100 steps,
walk 90 steps in the opposite direction,
reflect on what is left.

I walked around the village 24 times in 24 successive hours.
I captured all walks on video.
I merged 24 fragments, 1 fragment of every walk,
into one combined video. END_OF_DOCUMENT_TOKEN_TO_BE_REPLACED

I am standing on a windy beach in Hook of Holland, Netherlands.
By text message I contact a friend who is walking in Bond street in Brooklyn, NYC.
I ask him to turn up the volume of his phone, as loud as possible. I then call him.
We don’t speak a word but we let the buffeting wind noise of my phone
sound through that street on the other side of the ocean.

Thanks to Ed Woodham.