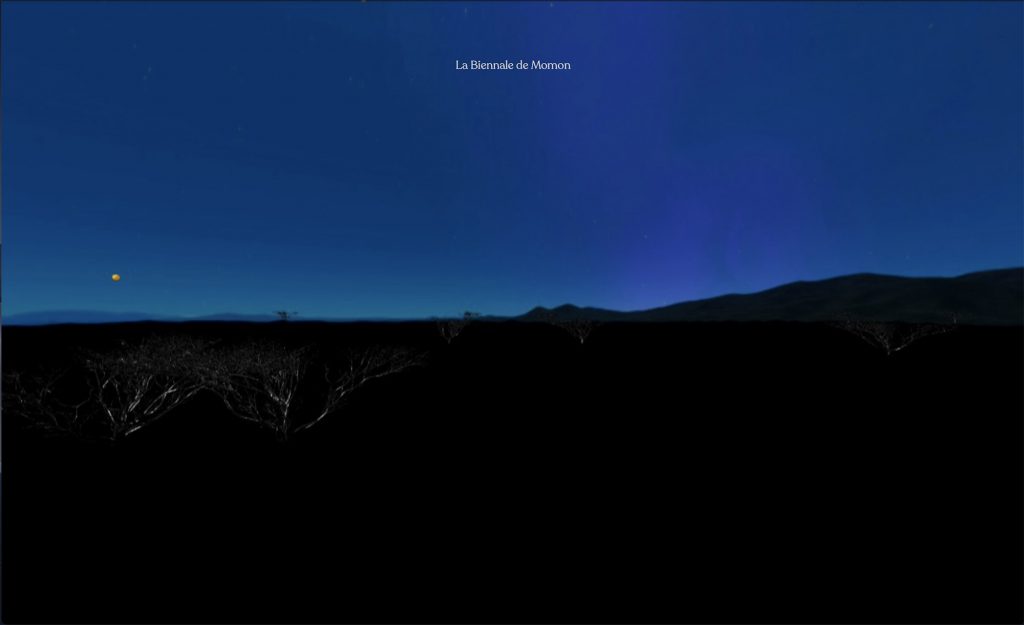 La Biennale de Momon originated from the village of Maumont in the southwest of France. Maumont, similar to many old villages, has changed significantly over the past few decades. While the site has retained the same physical structure, very little has remained of the original atmosphere: Residents disappeared and strangers took over the vacancies. Agriculture became gardening, physical labor became relaxation.

The original plan was for the artists to each reside and work in Maumont for a time, absorbing the atmosphere, history, and stories. We agreed that after our residencies we would leave the village without a trace and that the project would be presented online only.

The pandemic has radically changed the project. Most participants only know the village from photos and video. The physical reality that had triggered the project, now plays a different role. The pandemic also changed the project conceptually, as it pushed us even more from the physical towards the virtual. Not so much experiencing this as a limitation, we accepted this as a natural event which inevitably influences our choices. Looking at what was still there, we imagined how this could lead us to something beautiful. We created a new colony in the virtual world, not based on the village of Maumont, but based on an imaginary Momon.
The domain momon.fr has became our new location, a new base, the new original.

La Biennale de Momon, initiated by Frans van Lent, was composed by nine artists: Sarah Boulton, Marc Buchy, Joan Heemskerk, Frans van Lent, Susana Mendes Silva, Josh Schwebel, Lisa Skuret, Elia Torrecilla and Martine Viale.
What these artists have in common is a focus on the processes of change rather than on its material deposits. DesignerMaya Rettelbach has gathered the artists’ work together on neutral terrain, in a place outside the village, in a virtual garden.