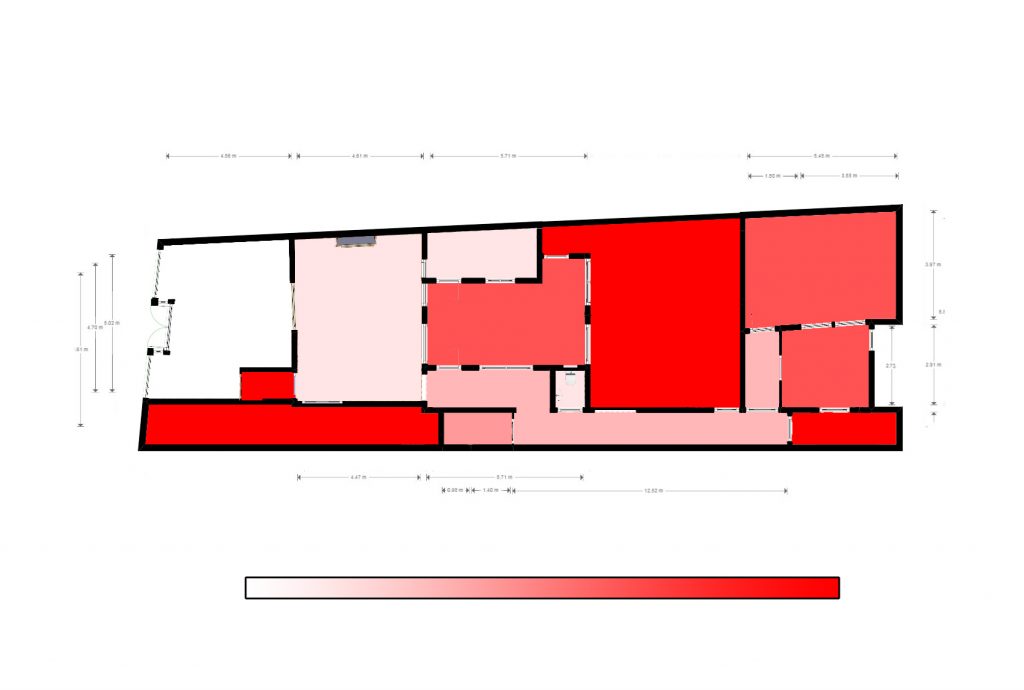 Het Binnenhuis (The Interior) is a transition zone between the public and the private,
a territory in which some spaces are closed and others are temporarily opened.

In the performative installation Het Binnenhuis the spatial structure of a house is inhabited for two nights by 16 performers. The performers are not aiming at a theatrical spectacle but they are staying in an atmosphere of domestic reality, according to common rules for specific rooms. Their movements are by and large predefined, and worked out in improvisations.

During the two nights everybody was welcome. The visitors were asked not to behave as an audience, but as guests in a private home. They were part of the work and as such free to stay, within the limitations of the social context.

One of the performers was making calls in the privacy of the courtyard. After leaving the installation, visitors were free to ring this performer with remarks or questions related to the work.

Click here for the video of Het Binnenhuis (by Steef van Lent). 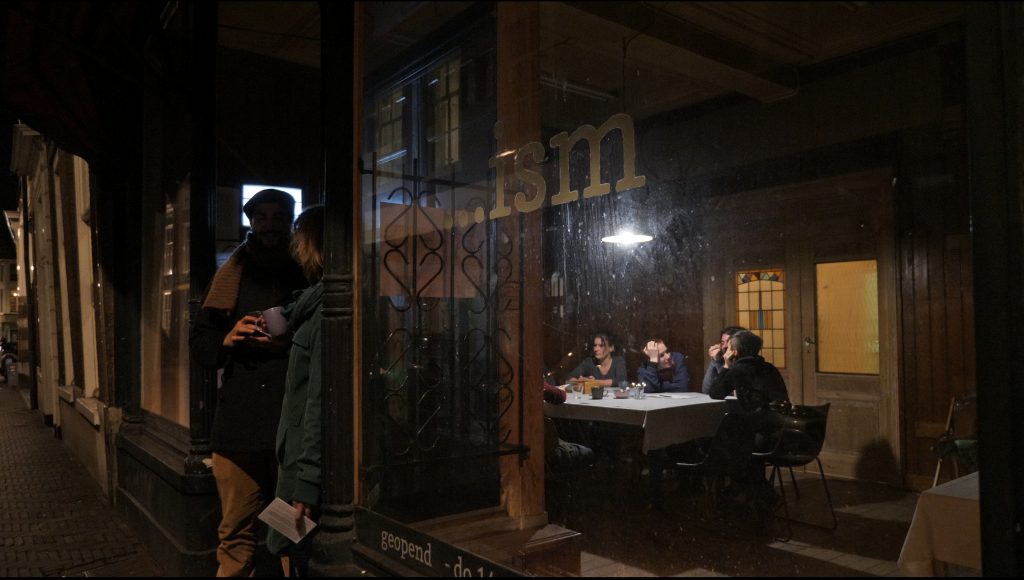 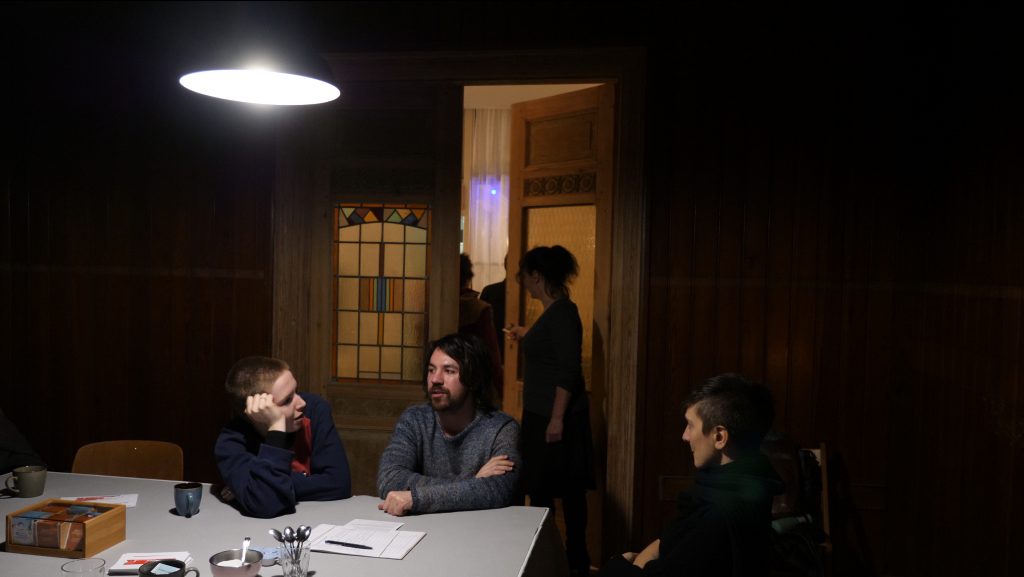 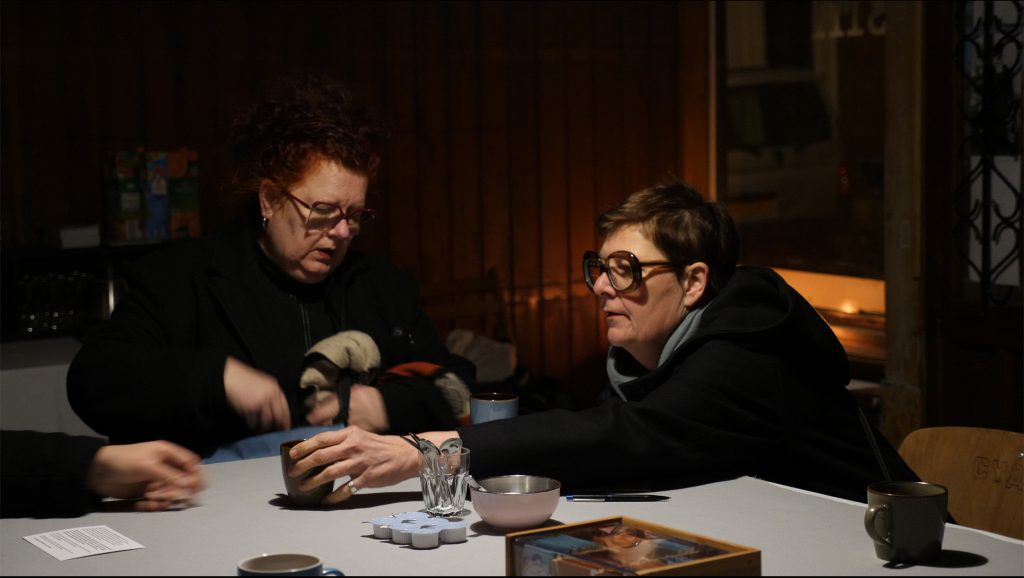 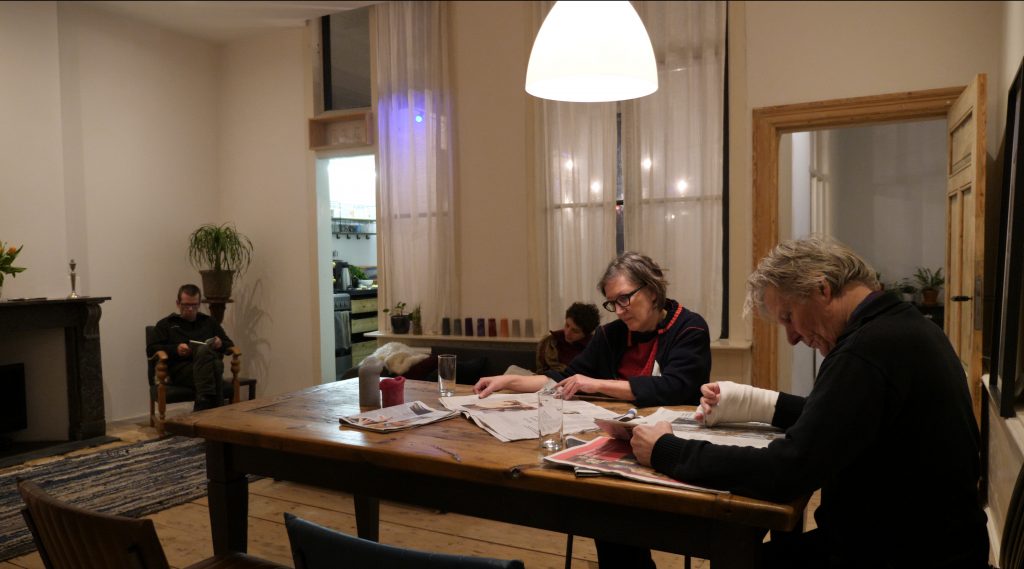 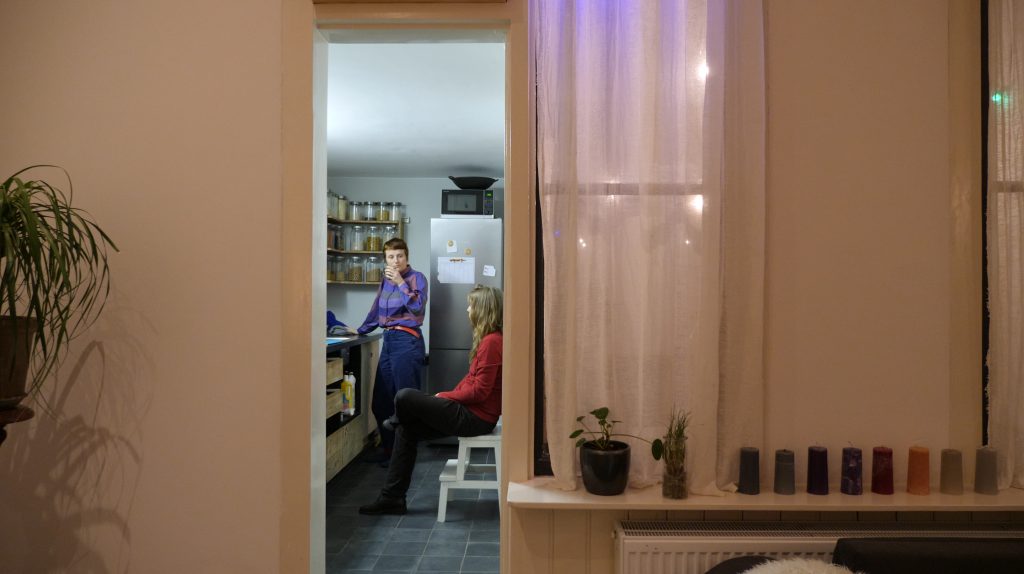 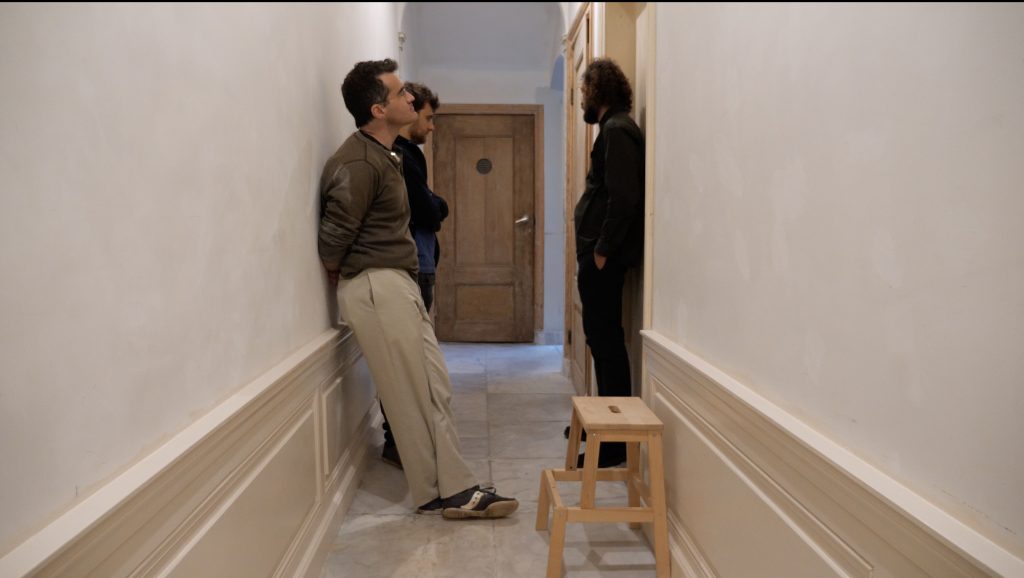 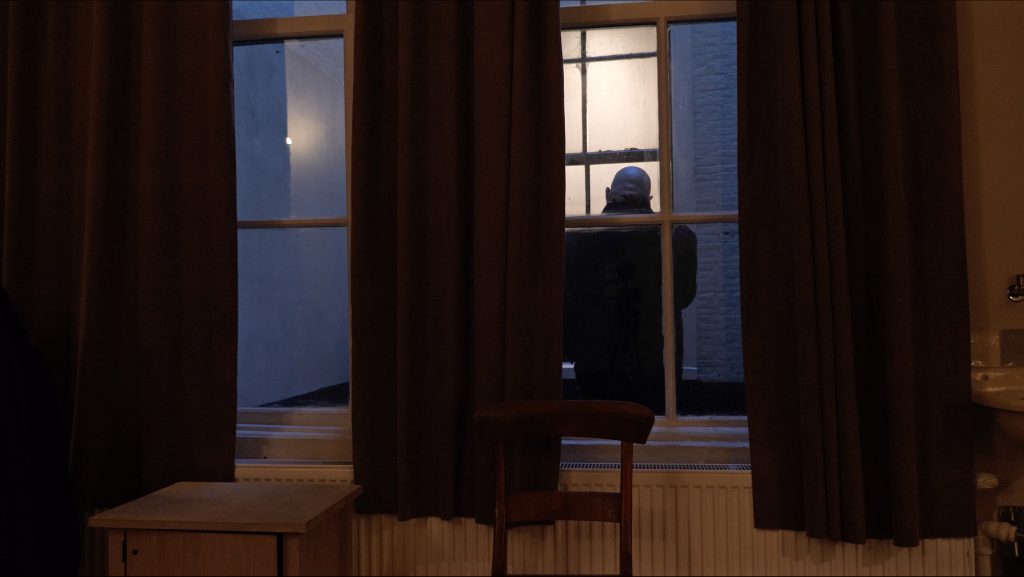 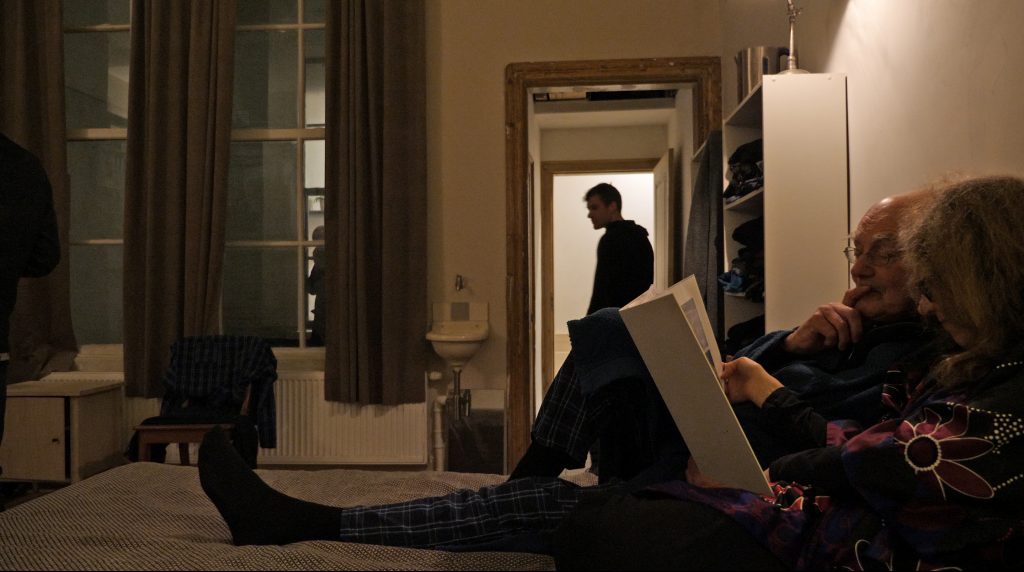