The Centre del Carme consists of two architectural constructions from very different eras. It concerns a Gothic passage and garden and a Renaissance passage and garden, connected by a single transfer room. In this performance, Elia Torrecilla and Frans van Lent looked for the numerical relationship between themselves as moving individuals and the architectural construction.
Within the passage in the Gothic part, the walk was guided by a series of loudly spoken numbers with the fixed proportions of the Golden Ratio. It was set up by a predefined formula and realized according to its logical consequences.
Within the Renaissance monastery the walk was improvised on the basis of simple geometric compositions, with the architectural structure as the leading framework. In this part the audience was asked to participate, resulting in a spacial cacophony of loudly spoken numbers. 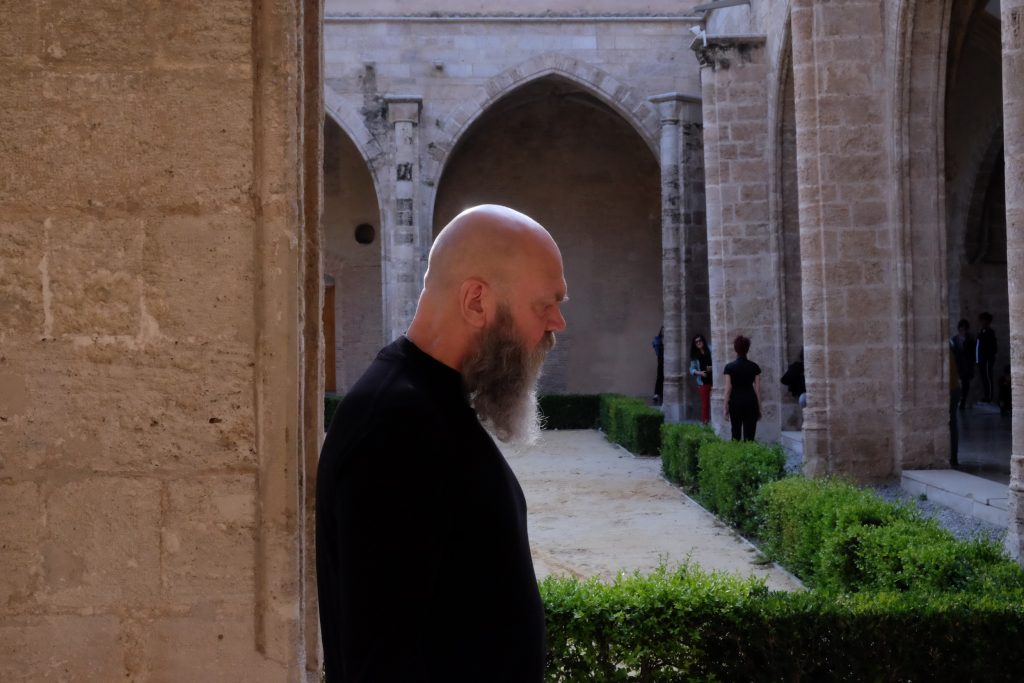 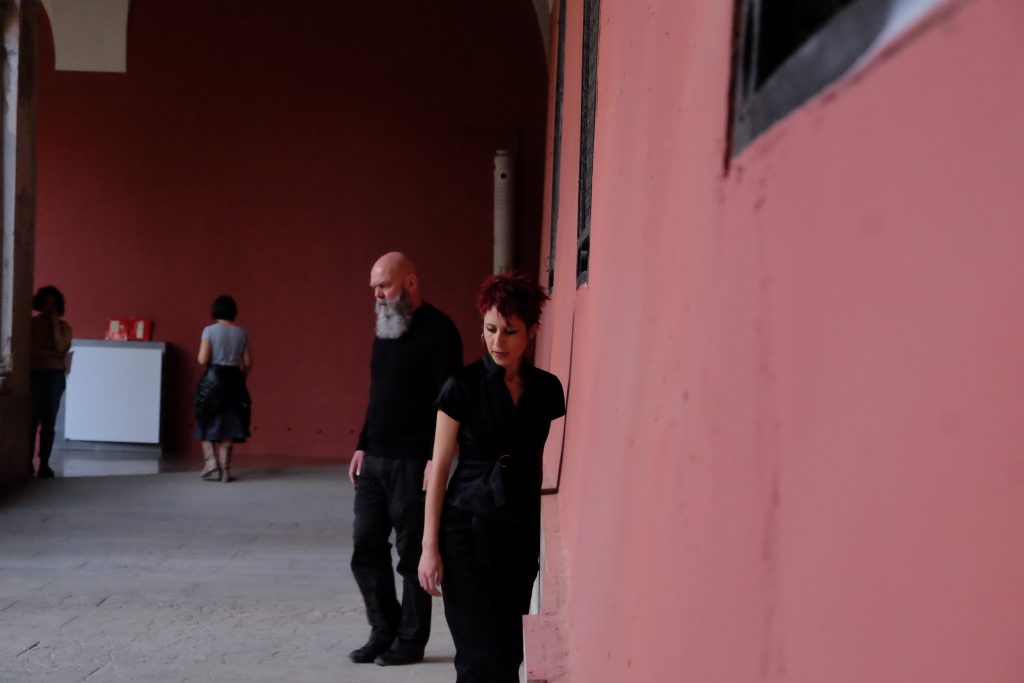 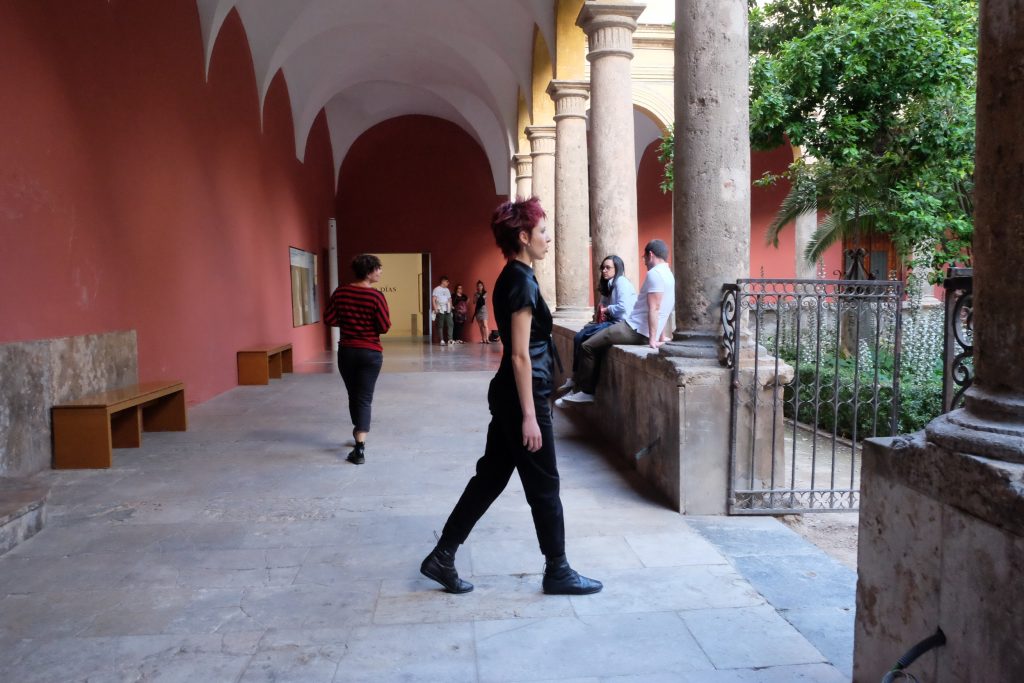