In the Parque De Las Cuevas (38° 10′ 36″ N 1° 22′ 06″ W) in Blanca, Spain, there is an empty semi-circle of sand measuring about 60 by 30 metres. At the outer edge of the semicircle are ten benches, arranged in groups of four, two, three and one. The benches face the centre of the space. Between and beside these groups of benches, there are five straight walkways, which are directed towards the centre like radials. The Rio Segura runs along the flat side of the semicircle. 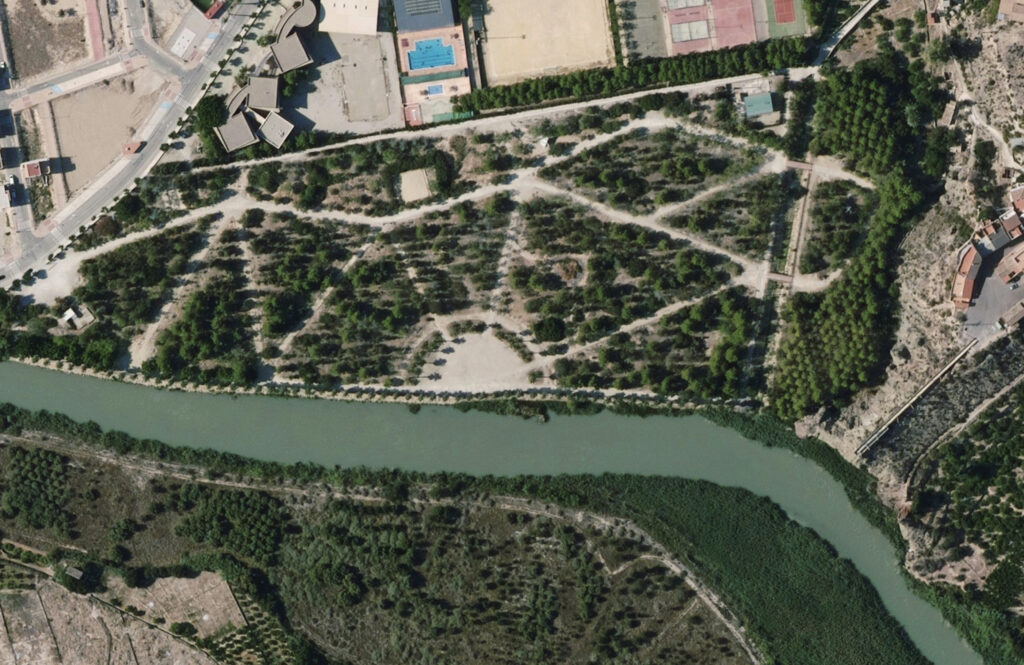 What struck me when I first entered this empty space was the character of the design.
No one I spoke to remembered a theatrical event that had ever taken place there; the only thing I can imagine the design was originally conceived for. Despite its spatial structure, the large empty space seems to have no real function.
Late in the afternoon, occasional passers-by take a seat on the benches. During the day it is just too hot there, facing south in the full sun.

I decided to give the location more substance by loading it with personal memories.
On ten consecutive days, late in the afternoon, I invited ten acquaintances for a conversation on one of the ten benches. They all live in Blanca or stay there regularly. These conversations were unstructured, enjoyable and of unplanned duration.
The memories will stay with me, but more importantly, they will also stay with my interlocutors, and through them, with that place in Blanca.